The Emigrant Flame memorialises President John F. Kennedy in perpetuity at the quay in New Ross, beside the Dunbrody Famine Ship.

On June 18th 2013, a small group of people gathered at the graveside of President John F. Kennedy in Arlington Cemetery, Virginia.

They were there to light a torch from the eternal flame memorial at President Kennedy’s graveside and then to bring it across the Atlantic to ignite the Emigrant Flame in New Ross. 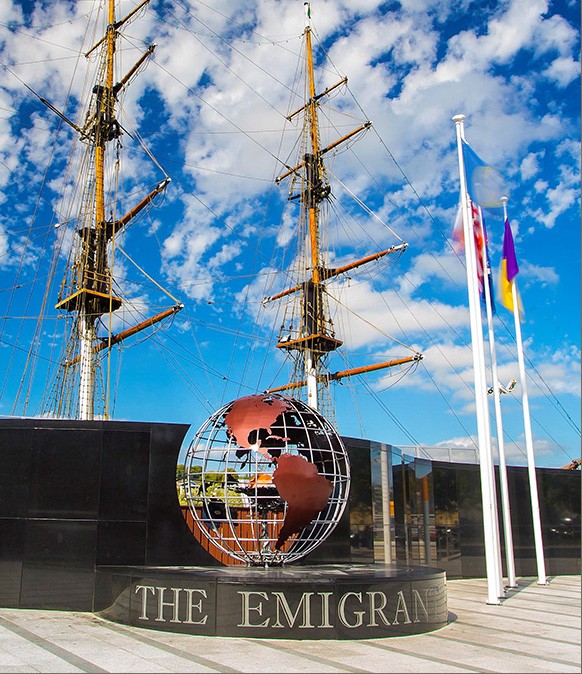 The taking of the Flame was a solemn occasion. A U.S Army honour guard accompanied Irish Minister of State, Paul Kehoe, in a wreath-laying ceremony at the Kennedy graveside.

An Irish Army officer then lit a lamp in a metal burner from the eternal flame. The Irish tenor Michael Londra sang the Irish National Anthem; Anthony Kearns sang the Star Spangled Banner.

On June 20th, the Flame arrived in Dublin Airport and was transferred to the Irish Navy Vessel- LE ORLA for transport by sea to New Ross.

The Flame Arrives to its New Home at New Ross
On Saturday, 22nd June 2013, JFK50 celebrations commenced in New Ross, the ancestral hometown of one of Wexford’s most famous sons, President John F. Kennedy —fifty years after his visit to Ireland in 1963.

Lighting of the Flame

With a narration by Michael Flatley, the flame was carried along a newly developed boardwalk in a relay which involved members of Special Olympics Ireland, the United States Peace Corps, members of the community and New Ross Town Council. 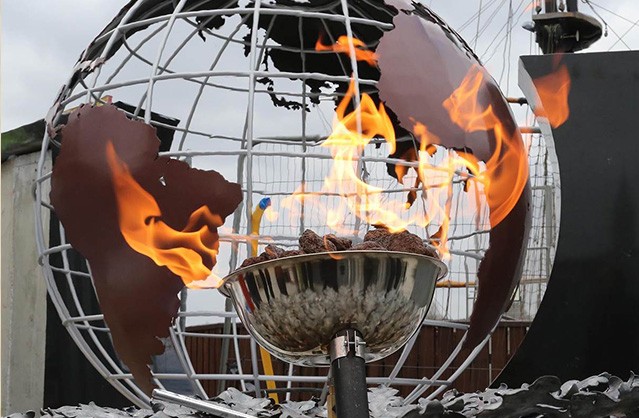 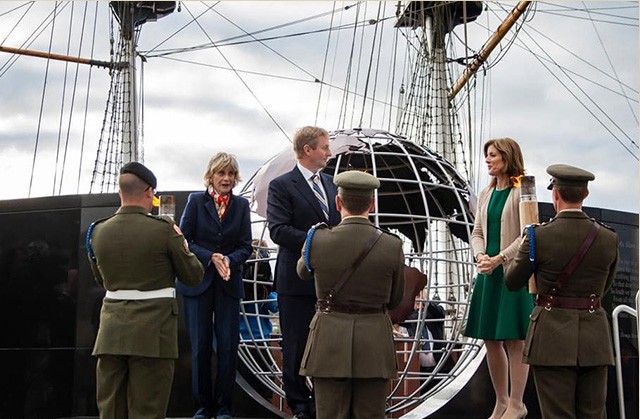 Judy Collins sang Amazing Grace, the Air Corps performed a stunning flyover and the grandson of President Kennedy, Jack Schlossberg, addressed the gathering on the same quayside from which grandfather had spoken to New Ross crowds 50 years before.

That flame now burns permanently to remind us of all emigrants across the world.

The journey of the Flame to New Ross also symbolically fulfils President Kennedy’s promise “to return to Ireland in the springtime”.