The town of New Ross was founded in the year 1207 by the Norman Knight William Marshal. William was a close contemporary of King Henry II and Richard ‘The Lionheart’.

At the time of the founding of New Ross William was the Earl of Pembroke and Lord of Leinster. He founded the town to be the Norman gateway to Ireland, and the only inland seaport on the island.

The port was extremely prosperous for some centuries, and remained a major port right through to the time of the Great Famine and into the 20th Century.

The Graves’ were a major merchant family in New Ross in the 1840’s. They operated a fleet of cargo ships from the port to destinations all over the globe. Their main trade was in Canadian timber, but their ships also sailed to the US, South America, and India.
After the famine the Graves’ business was moved down river to Waterford, to take advantage of the Railway and Telegraph links that that town enjoyed.

The Dunbrody was one of eight cargo vessels that the Graves Family commissioned to be built by the expert shipwright Thomas Hamilton Oliver. The ship was built in Quebec and was launched in 1845, the very year that the Potato Blight struck Ireland. In the ensuing famine more than a million people would flee the country. So many left, in fact, that there were not enough passenger vessels to carry them all. To accommodate the exceptional demand, merchants like the Graves’ outfitted their cargo ships with bunks and began selling tickets.
Due to the laxity of regulation, a ship like the Dunbrody could carry anywhere from 160 people, to more than 300. Travelling mostly to Quebec, but also to New York, the Dunbrody carried thousands of famine emigrants to North America. Despite the bad reputation of such vessels, the Dunbrody is known to have had an exceptionally good record. This good record is credited to Captain John Williams, her highly regarded skipper.

Also known as the ‘the Great Hunger’ (an gorta mor, in Irish), the famine was perhaps the most traumatic period in Irish History. While many factors contributed to the hardship of the time, the famine was precipitated by a total failure of the potato crop in Ireland in 1845, due to potato blight. This led to steeply rising food prices and then widespread starvation.
It has been estimated that approximately one million died during the famine. By 1852 another million and a half people had emigrated, mostly to North America.

In 1849 Patrick Kennedy left New Ross for Boston. 112 years later his great-grandson John Fitzgerald Kennedy was elected President of the United States of America. In 1963 he became the first serving US President to visit Ireland. During this four-day trip, he visited New Ross and the Kennedy’s Ancestral Home in Dunganstown. 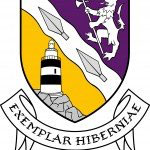 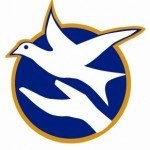